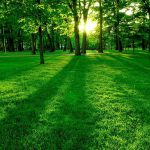 Written by the National Liturgical Office.

The Season of Creation is a time of grace that the Church, in ecumenical dialogue, offers to humanity to renew its relationship with the Creator and with creation, through celebration, conversion and commitment together.

The Psalmist declares, “The heavens are telling the glory of God, and the firmament proclaims God’s handiwork. Day to day pours forth speech, and night to night declares knowledge…their voice is not heard, yet their voice goes out through all the Earth, and their words to the end of the world.” (19: 1-4)

Creation never ceases to proclaim, but do we listen?

We have been urged to consider the silenced voices, in terms of biodiverse species (and lost species) and the Earth, the people whose voices and knowledge are silenced in public discourse, and the importance of contemplating and listening to nature.

The symbol chosen for this year is the burning bush, which contrasts the fire of so many unnatural fires that aggravate the climate crisis; with the sign of fire as the light of the Holy Spirit that unites Christians.

Today, the prevalence of unnatural fires are a sign of the devastating effects that climate change has on the most vulnerable of our planet. Creation cries out as forests crackle, animals flee, and people are forced to migrate due to the fires of injustice.

On the contrary, the fire that called to Moses as he tended the flock on Mt Horeb did not consume or destroy the bush. This flame of the Spirit revealed God’s presence. This holy fire affirmed that God heard the cries of all who suffered, and promised to be with us as we followed in faith to our deliverance from injustice.

In this Season of Creation, this symbol of God’s spirit calls us to listen to the voice of creation.

Resources to support liturgies throughout this Season of Creation

Day of Prayer for Care of Creation 1 September: A collection of prayers to choose from.

If the fields are parched. Dur 4:26 HERE

‘Praise be to the Holy Trinity! God is sound and life, Creator of the Universe,
Source of all life, whom the angels sing; wondrous Light of all mysteries
known or unknown to humankind, and life that lives in all.’
--Hildegard of Bingen, 13th Century.

The post Season of Creation: Listen to the Voice of Creation first appeared on Archdiocese of Wellington.

Catholics are being urged to support the under-funded hospice and palliative care services [..]