The Rich Man and Lazarus

As we continue to journey with Jesus to Jerusalem we hear another parable unique to Luke: the story of the Rich Man and Lazarus. This parable develops many themes in the gospel, including the right use of money from last week, and also the reversal of the social order that has been foretold in Mary’s canticle: he has lifted up the lowly and sent the rich away empty.

We should find this story troubling for a number of reasons, not least of which is that those of us in the developed world are likely the rich man, dressed in fine clothes and eating well while there is a Lazarus effectively at our doorstep who needs our help. When examined from a global perspective, most human beings live on meagre amounts each day. Most of the wealth in the world has been localized, and even if we are not part of the infamous ‘1 percent’, we are likely among the top 25 percent globally.

So if we are looking to place ourselves in this parable, the person of the rich man is likely where we belong, generally enjoying the good things of this world while others go without, or go with less. The line on Abraham’s lips sounds the toll of doom: “My child, remember that you received I what was good during your life­time / while Lazarus likewise received what was bad; / but now he is comforted here, whereas you are tormented.” A reversal is in order!

The message that Jesus preached was good news for those on the outside of power, privilege, and wealth. Those who enjoyed such things put him to death!

In the nether world, the rich man cries out for someone to warn his brothers. But the message of caring for one’s neighbour is spread liberally throughout the Law and Prophets. In a telling sign, which foreshadows the situation of the early Christians, Abraham says ominously that people will not learn even if someone rises from the dead.

The lesson is difficult and likely hits home now that globalization means someone an ocean away is our neighbour. While we may no longer see a poor Lazarus literally at our doorstep, he is there nonetheless, and can be seen with television, radio, internet, and other modern means of communication. But it would be a mistake to believe that the only Lazaruses are an ocean away. There may be a Lazarus picking vegetables for meagre wages and no health care nearby. There may be a Lazarus working in unsafe conditions creating the latest technological device. And there is certainly a Lazarus overlooked by systems, institutions, and even churches. What is our response? We have been told by the Law, the Prophets. and even by someone who rose from the dead to care for them.

For many, Christianity has become  a comfortable societal institution. Parishioners and church members attend Mass regularly, build community with others in their geographical boundary, and might even send their children to the parish school. Today’s gospel is a reminder that Jesus did not found parishes. The basis of one’s salvation is not parish membership, but how we treat the poor and disenfranchised among us. And now that our world has become flat, we are so interconnected that nearly the entire globe is our neighbour. Our responsibility to one another has increased exponentially. No longer are we concerned merely with our neighbourhood, parish, or school, but we are concerned with a much broader spectrum. The moral life includes decisions we make while shopping, hiring labour, or disposing of waste. With today’s reading, we are called to let go of any narrow vision we might have of ‘neighbour’; and see the Lazarus figures before us both locally and worldwide. 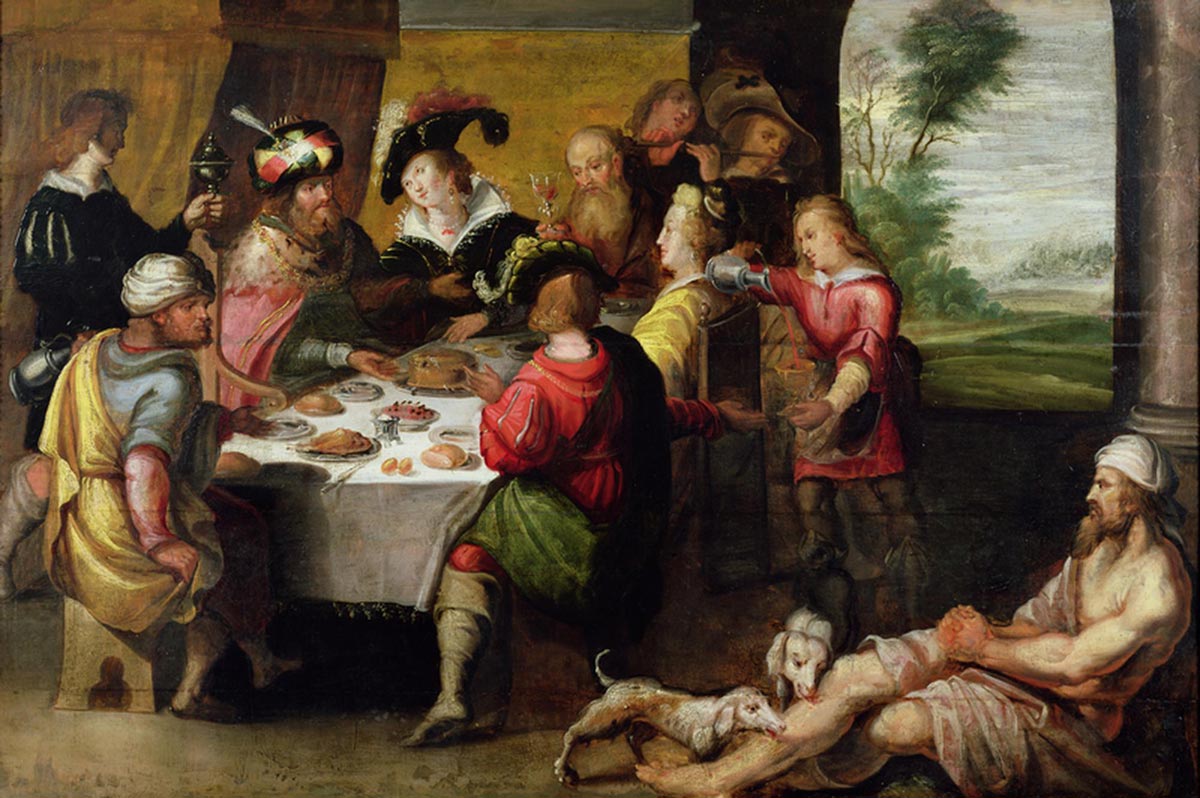 A Pastoral Letter from our bishops on returning to Mass and 'Leaving the Closed Room' [..]

Some parish activities to resume, but mass still unavailable [..]

Celebrated between Ascension and Pentecost Sundays each year [..]

Deacon Trung Nguyen was due to be ordained for the Palmerston North diocese on April 18 [..]

I am the gate. Whoever enters through me will be saved and will come in and go out and find pasture [..]