The first cohort of students for the Graduate Certificate in Leadership and Catholic Culture from the Australia Catholic University was also acknowledged.

The diocese of Palmerston North was strongly represented with 13 students graduating, with many present and some in absentia.

The Catholic Institute and Good Shepherd College (Auckland) will team up in January 2020 as the Catholic Theological College. 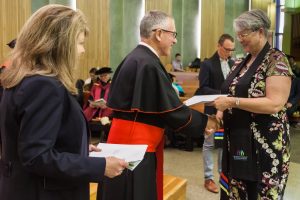 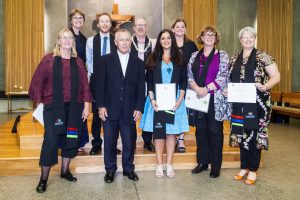 Some of the PN Diocese graduates with Cardinal John Dew 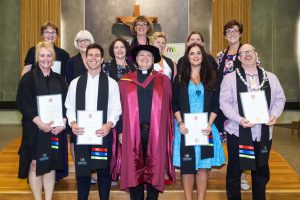 Several Catholic school staff have been acknowledged for outstanding contributions and long service [..]