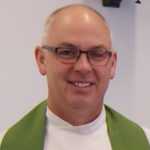 Pope Francis has appointed the Catholic Bishop of Christchurch, Paul Martin SM, to the role of Coadjutor Archbishop of Wellington, where he will assist Cardinal John Dew, the Metropolitan Archbishop of Aotearoa New Zealand.

The appointment was announced in Rome overnight. A coadjutor usually becomes the bishop or archbishop of a diocese when the incumbent bishop retires.

Cardinal Dew, who is also President of the NZ Catholic Bishops Conference, says he is delighted with the appointment, which comes at a time of a heavy workload in the Wellington Diocese.

“He is well known to clergy and many people of the diocese, and will be warmly welcomed by all,” says Cardinal Dew. “I am fully confident that he will lead the diocese into the future with new vision and energy.”

Archbishop Martin says: “This appointment was a surprise, and I will be sorry to leave the diocese of Christchurch and the work we have been doing. However it is a privilege to take up this role in the Church of Wellington and I look forward to being with the people in the Archdiocese again.”

Archbishop Martin was appointed the tenth Catholic Bishop of Christchurch in December 2017, with his consecration in March 2018. He replaced Bishop Barry Jones, who died in February 2016.

Paul Martin SM was born in Hastings in 1967, one of five children. He entered formation for the Society of Mary in February 1985 and studied theology and arts at Victoria University of Wellington. He completed a Baccalaureate in Sacred Theology at the Angelicum University in Rome and studied to become a teacher. He worked for 20 years in schools including as rector at St Patrick’s College in Wellington. He has also been bursar general of the Society of Mary in Rome. He was a part of the Marist community at the time it was working in Māori pastoral care at Rawene in the South Hokianga.

The appointment takes effect immediately. Archbishop Martin will maintain his southern connection by acting as Apostolic Administrator of the Diocese of Christchurch until the Pope appoints a new bishop.

Catholics are being urged to support the under-funded hospice and palliative care services [..]