‘Better the balance, better the world’, is the theme for International Women’s Day, Friday 8 March, supporting women’s advancement and celebrating women’s achievements while calling for a more gender-balanced world. The inspiration of Mary among women is reflected in the following articles.

Mary: Prophet and First Disciple – A reflection on the Magnificat

At the centre of the prologue to Luke’s Gospel stands the Magnificat – a bold and surprising prayer that unveils the shape and the nature of the coming Reign of God. We are so familiar with this text that we have almost forgotten what a radical and powerful prayer it is and so can overlook what it reveals about Mary.

The Magnificat is sung by Mary to Elizabeth and so brings the heritage and the future of the incarnation together. As the principle herald of the coming messiah, this text identifies Mary as the first disciple of Christianity and offers us clear insight into the mission and ministry of Jesus. Accordingly, it stands as a foundational example of the prophetic role of women in the proclamation of the Reign of God.

Modelled on the Song of Hannah, the Magnificat is interwoven with prophetic motifs reminiscent of the Exodus. Following in the great prophetic traditional of Israel, Mary reminds us that the gifts and blessings of faith are inextricably linked into our covenantal relationship with God …His mercy reaches from age to age, to all those who fear Him… She also sharply underscores the just reversal of human fortunes that occurs when humanity ignores or rejects the responsibilities of that covenantal relationship. …He has pulled down princes from their thrones and exulted the lowly. The hungry He has filled with good things, the rich sent away empty… .

With the Magnificat, Mary both proclaims and embodies her prophetic message as she carries within her the faithfulness of God’s relationship with humanity, and the hope of humanity’s relationship with God. Accordingly, the Magnificat announces more than Mary’s personal delight in her saviour, my soul proclaims the greatness of the Lord… and more than Israel’s faith and hope in the promises made to Abraham…of his mercy to Abraham and to his descendants for ever… . Standing as it does between the old and new covenant, the Magnificat signifies the authentic continuity and encounter of Elizabeth’s faith-filled Judaism, with Mary’s acceptance of the new word that God has spoken into salvation history.

‘Better the balance, better the world’. As wife and mother of three sons, I know well the daily struggle for a balanced world. I seek inspiration in Mary, a woman who displayed faith and courage as she faced the challenges of her own calling. The Annunciation on 25 March invites us to reflect on Mary’s ‘yes’ to God, which we see as the fulfilment of the prophecy that would save her people (Isaiah 7:8-10). What can women today learn from Mary as we strive for a better-balanced world?

Scripture portrays Mary as a woman of quiet strength in a male-dominated culture. She knew who she truly was – a beloved daughter of God. Secure in her identity and in God’s love for her, she was not afraid to question when the angel spoke. Rather than hold back in fear or be limited by the culture of her time, she responded with faith and trust. The New Zealand Catholic Bishops describe Mary’s ‘yes’ as the consent of a ‘free and responsible woman, who knew what was being proposed to her and was prepared to accept the consequences of her response. It was her act of faith. She acted out of her freedom and integrity as a person and a daughter of God.’

As a Catholic woman, I often ponder Mary’s disposition. It challenges me to remain rooted in the love of Christ and to respond to God’s call with faith and trust each day. In my family, in my Church and in my world I am called to live my womanhood with freedom and integrity like Mary, reaching out to others, being concerned for their welfare, being loyal in adversity and persevering in my devotion to Christ.

International Women’s Day reminds us to strive for a world where everyone’s voice is heard, where seemingly ingrained situations are transformed by renewed ways of thinking. But renewal starts from within, and in Mary we find a true model to follow.

At the recent World Youth Day in Panama, Cardinal Parolin told pilgrims: ‘We have the example of Mary who shows us how to change the world. It is first of all to know God and then to put oneself at God’s disposition…all Christians must put themselves in the same disposition of spirit…same attitude…same way of acting to truly change the world, little by little.’

With Mary then, and with confident trust in God, may we continue to work for a better balance and a better world for all.

Lucienne Hensell is a parishioner and pastoral leader in the Catholic Parish of Wellington South. 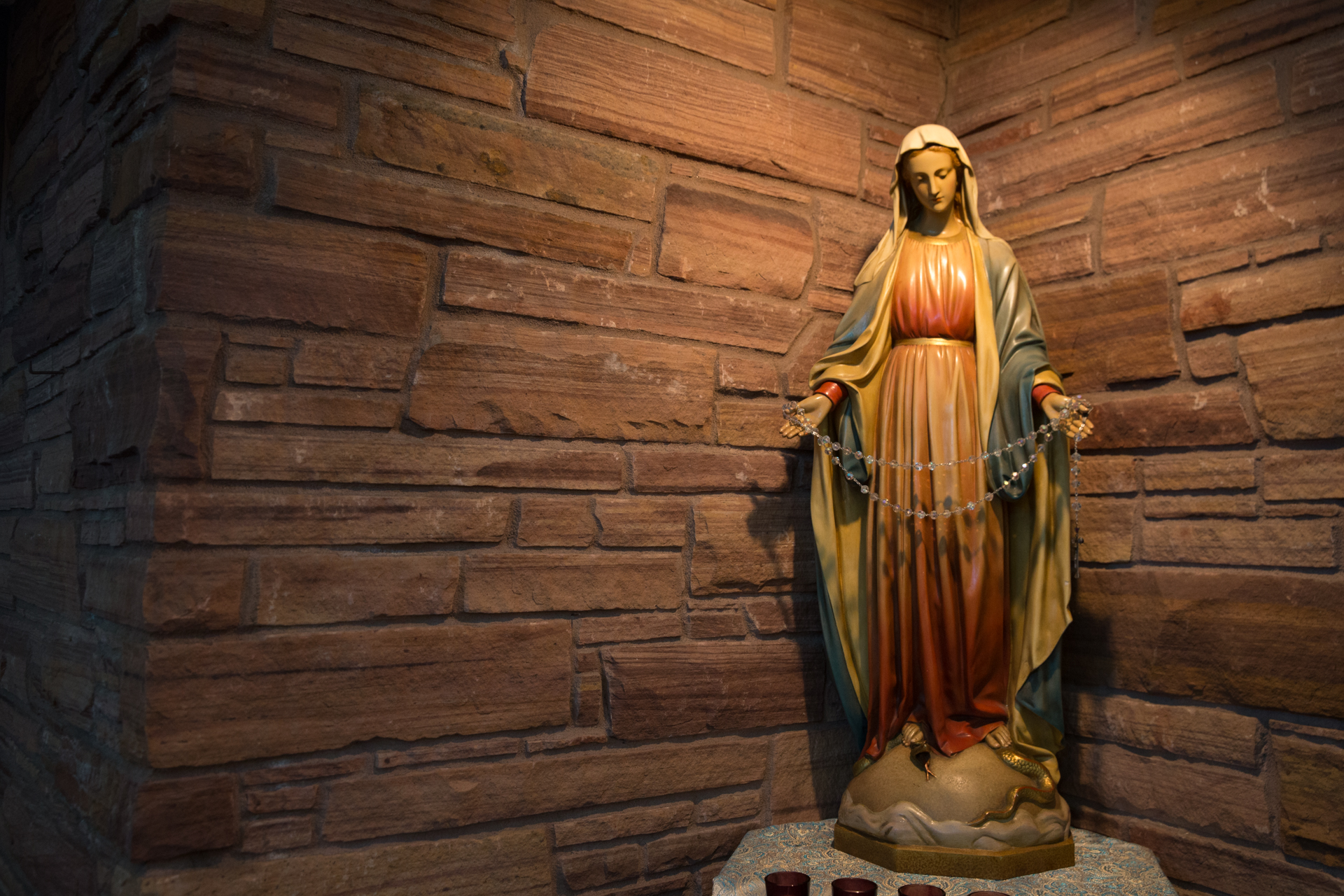