God Present In Our Darkest Hour 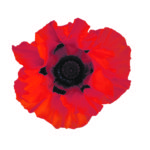 A King’s Call to Prayer

Two recently produced war-drama movies, Darkest Hour and Dunkirk, both released in 2017, were able to re-ignite peoples’ awareness of the desperate situation that Britain and her allies, including New Zealand, faced during 1940 in World War II.

The two movies portray the almost unbelievable rescue of the British Expeditionary Force from the clutches of the German Army. However, one thing that both movies overlook is King George VI’s call to a National Day of Prayer as the situation developed. To survive the Fall of France, Britain needed a miracle.

In a broadcast, on 24 May 1940, to Britain and the Commonwealth, the King said: ‘Let us with one heart and soul, humbly but confidently, commit our cause to God and ask his aid, that we may valiantly defend the right as it is given to us to see it.’

This Prayer Day was held on Sunday 26 May 1940. There is no reference in either of the two movies to the King’s request for a National Day of Prayer and the peoples’ overwhelming response.

As we come to commemorate the 75th Anniversary of VE (Victory in Europe) and VJ (Victory of Japan) Days, in May and August this year, it is opportune to acknowledge a forgotten feature of the ‘Dunkirk Story’ during those crisis days of the War.

God doesn’t take sides; he is not a puppet on a string. But thankfully Hitler, perhaps hoping to rely on the dominance of the Luftwaffe [German air force], overruled his generals and halted the advance of his armoured columns at the very point when they could have proceeded to the beaches and annihilated the British army.

Then, two days after the Day of Prayer, there was the phenomena of a storm over Flanders, which grounded the Luftwaffe and prevented them from flying over the beaches. Dovetailing with this event was the presence of calm seas in the English Channel that allowed the small boats to undertake their remarkable contribution in the ‘Dunkirk Story’.

These events may be considered an answer to prayer.

Operation Dynamo rescued 335,000 soldiers, ten times the number that Churchill initially thought could be rescued. My father, serving with the RAF, was part of the evacuation from France.

The movies edited out an important component of the ‘Dunkirk Story’.

The National Day of Prayer, under the leadership of King George VI, helped to unite the people and gave hope at a critical time. It preceded some extraordinary events that led to the deliverance of Allied troops.

In gratitude and recognition that ‘the prayers of the nation had been answered’, a fortnight later, there was a Day of National Thanksgiving for the ‘Miracle of Dunkirk’. The singing of Psalm 124 was apt for the Service.

A Song of Ascent of David

Praise be to the LORD,
who has not let us be torn by their teeth.

Our help is in the name of the LORD,the Maker of heaven and earth.

Anzac Day is within the Easter Season; it’s a gentle reminder to Christians that God is present in peoples’ darkest hours. The Easter Season celebrates God’s pledge that we are his people and that evil and death have been overcome.

The observance of Anzac Day provides a forum for New Zealanders to express their gratitude and pride in New Zealand fulfilling its duty, at great cost, in order to achieve peace and well-being for people throughout the world.

Fr Brian Fennessy ED RNZChD is a Military Chaplain in the Army Reserve and Parish Priest of the Selwyn Parish. He is based in Lincoln.

In an unprecedented move, the RSA cancelled all Anzac Day services around the country as part of the  response to the Covid-19 pandemic.

RSA national president BJ Clark announced the cancellations on 19 March, before the before the Covid-19 lockdown was in place. He said it was not worth risking the health of veterans and the wider public by going ahead.

Anzac Day parades regularly attract thousands to dawn parades and commemorations, with the majority of the attendees being older, and who are the most vulnerable to the coronavirus.

‘Now is the time to look after our whānau and family and to fight the invisible enemy, which has declared war on our way of life. Values of service, sacrifice and support that have given our country strength in times of war, adversity, strife and natural disaster will protect New Zealand communities again,’ Mr Clark said.

Mr Clark says that Anzac Day still provides the opportunity for New Zealanders to have a conversation around the real sacrifices and loss of life that our serving and ex-serving military people face and to thank them for their service.

For first time since 1922, the national Poppy Day appeal has been postponed. Mr Clark said RSA will work to organise another date for Poppy Day ‘when everyone can support those New Zealanders who have served their country.’

The Prime Minister Jacinda Ardern announced on 18 March that the joint New Zealand and Australian Anzac Day services at Gallipoli in Turkey were cancelled due restrictions posed by the coronavirus.

Born immaculate, Mary is the highest honour of our race

Dec 8 is the Feast of the Immaculate Conception [..]

On mission and salvation

A presentation from Diocesan staff on our current situation [..]