The new Mission and Administration Centre under construction for the Catholic Parish of Napier – Te Pārihi Katorika ki Ahuriri, will serve as a brand-new and up-to-date missionary outreach centre for the parish. Situated in the grounds of St Patrick’s Church on Munroe St and fronting onto Dickens St opposite Civic Square, the centre is in the heart of Napier City.

‘The Mission Centre will enable the parish to have a strong and visible presence in the heart of the city, from which we can provide hospitality and ministry to the many different groups to whom our parish ministers,’ says parish priest Fr Barry Scannell sm.

Construction is well underway and the complex is expected to be completed and opened later this year.

How the Mission Centre has come about

The story of the Catholic faith in Hawke’s Bay began in the 1850s with the arrival of the first Marist missionaries. Since that time three parishes were established: Meeanee – later St Mary’s in Taradale; St Patrick’s in Napier; and St Thomas More in Onekawa.

‘The Mother Church has been here since 1860 when Catholic settlers began to arrive in the area in 1850s and established a centre for parish and community outreach,’ says Fr Barry.

The Marist priests left Napier in the late 1970s to be replaced by Diocesan priests. The much-loved, Irish-born, Monsignor Tim Hannigan had led the parish since 1979 until his sudden death in 2013. The parish once again became administered by Marist priests from the Society of Mary.

In 2015 the Diocese of Palmerston North decided Napier’s three separate parishes should be combined into one parish: The Catholic Parish of Napier – Te Parihi Katorika ki Ahuriri.

Then in 2016, the old presbytery and office next to St Patrick’s Church, where Monsignor Tim had lived, were demolished because of their age and unsuitability for upgrading.

In 2018, the Bishop of Palmerston North and the general manager of the Diocese met with Fr Scannell and his advisers to formulate a plan for a new parish building at St Patrick’s site. The aim was for the facility to be not only an office, but also a mission centre where people from many diverse groups could be offered hospitality and support.

The ongoing effects from Covid-19 delayed the process. However, building consent was received from the Napier City Council and a contract was signed with Atkin Construction to begin.

The parish office is presently located in the presbytery at St Mary’s in Greenmeadows. ‘This has been an unsatisfactory situation both for the parish staff and for the priests in residence at the presbytery,’ says Fr Barry. ‘In reality, their home is being used as office space. The absence of clergy and office staff day-to-day has had a real effect on the St Patrick’s community and on our Catholic presence in the city and being able to welcome visitors. The new centre will be a transformation for our parish mission.’

Long-term and faithful parishioners Jim McMinn and Peter Coleman say they are thrilled for the parishioners and priests about the new centre.

‘The parish always had a strong presence here in the city,’ says Peter. ‘But there has been no parish centre in the area since 2015 when the presbytery and office were relocated. The new centre will provide a real presence for the parish and its hospitality for many, particularly when the cruise ships start returning to Napier Port.’

Jim McMinn said people going past the construction site on Dalton St can see the new complex developing. ‘Once completed, it will be a visible sign of our Catholic missionary outreach, especially when they can see the cross. And it will be a real centre for our parishioners, bringing all parts of the parish together.’

The estimated cost of the new centre is $1.9 million. Fundraising is being sought to ensure the building can be completed debt free. At the same time, funds are being raised for much-needed and overdue maintenance on the Hannigan Centre on the site to bring it up to an acceptable standard, and honour Monsignor Tim Hannigan after whom it was named. The maintenance cost will be around $100,000.

Over the past few years some deceased parishioners have made generous bequests to the parish in their wills. ‘The Finance Committee are very grateful to these people and through their generosity, and also the generosity of present-day parishioners, the parish has approximately 50 per cent of the funds needed,’ said Fr Barry.

‘Our fundraising campaign is focused on raising the remaining $1 million dollars to ensure the project is debt free on completion. I know we can build on the generosity of the faithful over the past 170 years as we move to the next stage of our ministry as a Catholic parish to the people of Napier.

‘Some parishioners have already made generous donations to the fundraising and I sincerely thank them.’

If you would like to make a donation you can do so by contributing through the parish fundraising account: Catholic Parish of Napier Fundraising 02-0630-0288045-015. 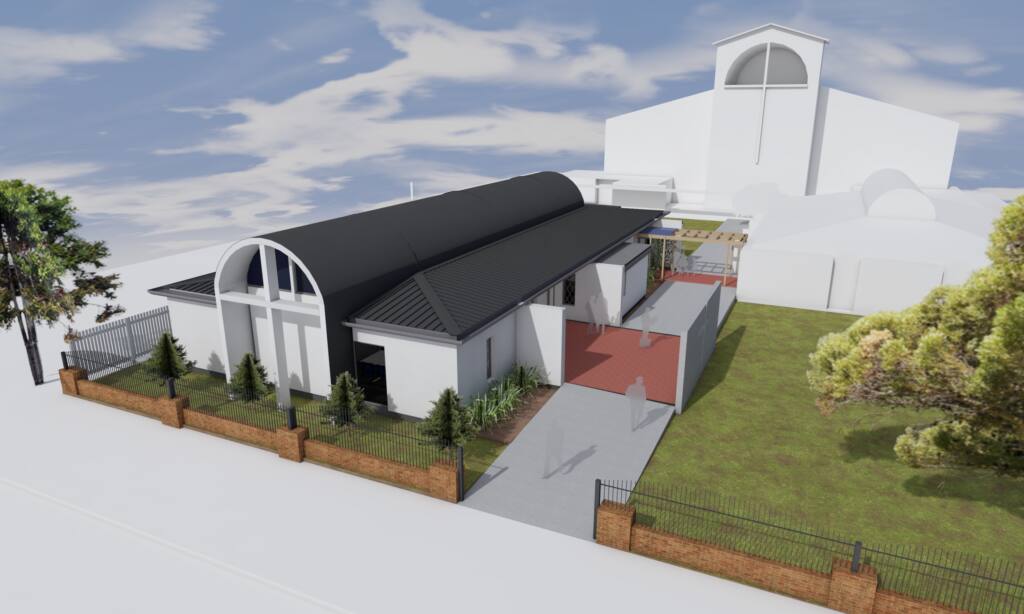 The Ministry of Health has six full-time positions dedicated to ‘assisted dying’ but no team dedicat [..]