On Tuesday 14 July, Liam Greer was welcomed into the role of General Manager of the Palmerston North Diocese.

During the whakatau at the Diocesan Centre, attended by Diocesan and Parish staff, Cardinal John Dew welcomed Liam on behalf of the Diocese.

He acknowledged that Liam was coming into the diocese at a very unusual time, with no permanent bishop and himself as Apostolic Administrator.

“While it is a strange time, I can assure you of great support: from Monsignor Brian, the staff of this Diocesan Centre, the clergy and laity of the diocese … You are very welcome and will be welcomed around the Diocese.”

“The role of General Manager in the Diocese is extremely important as the Church becomes more and more complicated … We rely heavily on the support, knowledge and expertise of our General Managers,” he said, adding that Liam brings a wealth of experience and knowledge to the position, which has come from his most recent role with the MidCentral District Health Board and other employment experiences.

Liam, whose family has a five-generation association with the Diocese, grew up in Palmerston North, attending St. Peter’s College.  In Year 12 Liam was selected as an AFS exchange student and lived in Missouri, USA for 12 months, returning with itchy feet.  Meeting Jannene soon after his return they embarked to Europe where they lived and travelled for several years.  Their overseas experience was cut short when they were caught up in the Gulf War while travelling through the Middle East in late 1990.

Returning to Aotearoa, Liam enrolled at Massey University, and graduated with a degree in Valuation and Property Management in 1994.  Working as a Property Valuer for a few years made Liam aware of how important housing is to the wellbeing of families, which led to him accepting a role in Palmerston North with Housing New Zealand.

With two young sons, Liam and Jannene moved to Kapiti where Liam took on a national role for Housing New Zealand, being responsible for the roll-out of the Social Allocation System.  Liam completed further study in Housing Management and Social Policy and accepted the role of Principle Asset Manager in 2008.

As their children grew up, Liam and Jannene knew the best place to raise them was Palmerston North, and moved back to their turangawaewae, their place to stand.  Liam undertook further study in Infrastructure Asset Management, and in 2012 accepted the position of Director of Facilities and Estate Management with the MidCentral District Health Board.

After much contemplation and advice, Liam decided to apply for the Palmerston North Diocesan General Manager role.

“From the start of the hiring process through to my first day, I’ve been nothing but impressed with the professionalism of the staff and the culture,” Liam said. “I am excited to be in this new role and the challenges it presents, and I’m looking forward to working with the Diocesan team to achieve great things.” 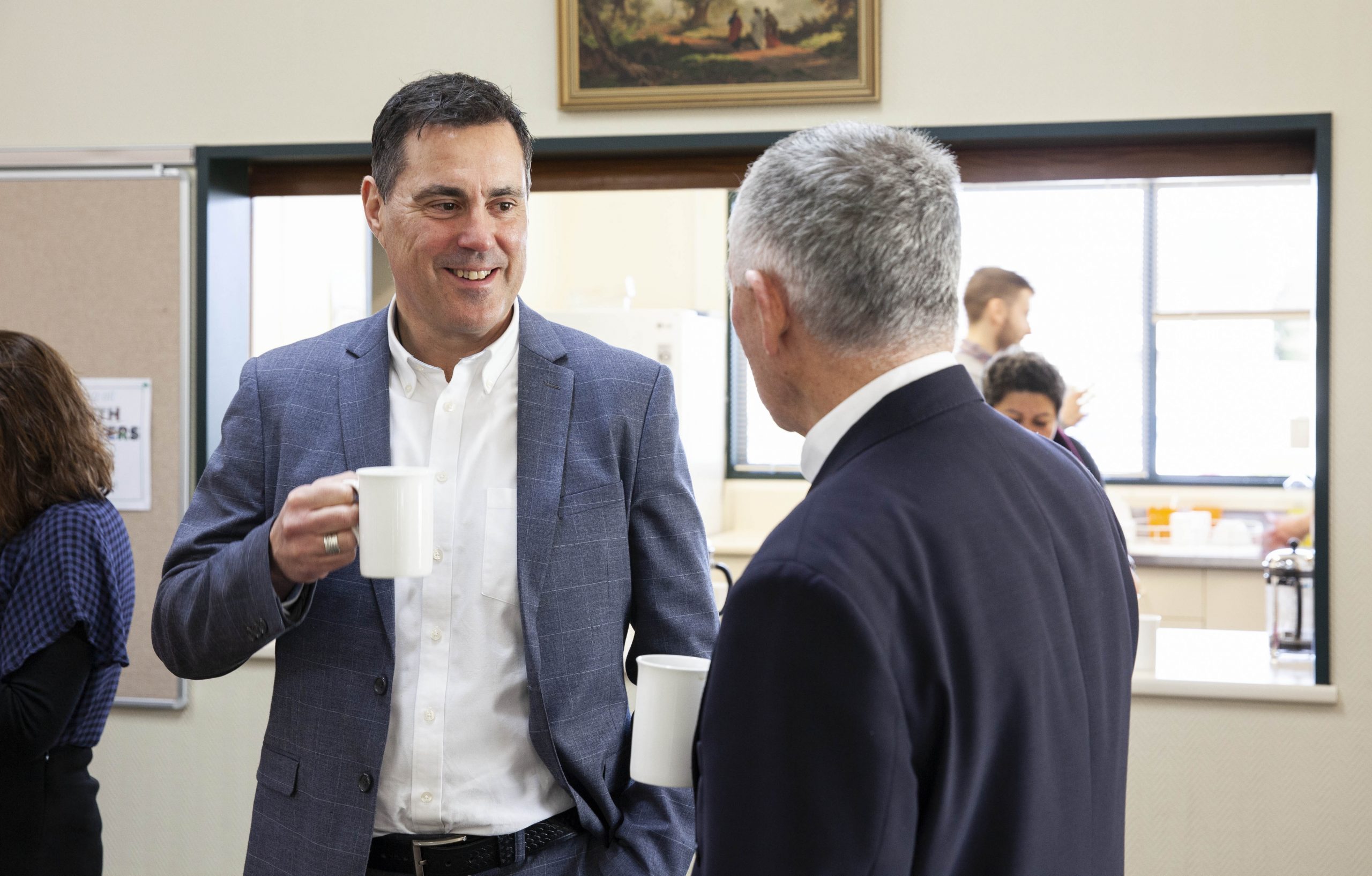 Collection of Christmas Mass Times for around the Diocese of Palmerston North in 2021. [..]

In memory of Tony Murphy

'Your influence, your inspiration and your impact will be with us forever.’ [..]

A breath of new life for you all

"Let everything that has breath give praise to the Lord! Hallelujah!" [..]

Whatever life brings us, our challenge is to reflect and find the presence of God [..]