Sometimes I feel like I’m becoming less and less Catholic. It’s not that I’m about to become a Rastafarian. I would be dreadlock-challenged.  What I mean is being Catholic being Christian on the broadest possible level simply means being me, being you, to the fullest possible degree.

The wondrous event of Christmas, God becoming one of us, is the fruit of God’s desire to show us who we are. It’s not to tell humanity that we have to become something or someone else. Faith is natural is integral to who are you.

What does Jesus show us reveal to us about ourselves? There are numerous possible responses to that question but most fundamentally he shows us that our lives, our individual and whanau stories, are a journey just, like his: lives, becoming journeys, in response to and shaped by the will of the Father, the daily call or prompting of God or the Holy Spirit.

And that journey or call, or we might say that ongoing discernment or reflection and response, is our Catholic life, our Christian life, the life of a believer. Our faith shapes who we are, who we are is shaped by our faith.

The perfection of that cohesion – the will of God echoed in a human life – resides in Jesus, who himself of course never used the title Catholic or Christian but did repeatedly say day after day: I am here to do the Father’s will; that’s who I am that’s my life.

So too for us. It is God’s will, not our random choice, that we with countless millions across our globe gather on this most sacred of nights. We could all be somewhere else but we’re not; we’re here hushed before the new born King. It is too God’s will or wish that we like countless others gather Sunday after Sunday to be nourished here in order that we grow as God’s people, for his world.

Some ask what difference does that make? What’s the fruit of trying to follow God’s will? How are we known by others as God’s people. There are lots of possible responses; over this last year at the call of Pope Francis we have been focusing on being a people of mercy; we’ve been coming to understand that while mercy is of God’s nature it is also possible in and from us: mercy when incarnate, when taking flesh, when born within us shows to others marvels we human beings are capable of: marvels of the heart, marvels of goodness, of compassion, of offering a hand not a fist, marvels released into a world that perhaps is more inclined to notice marvels of the mind rather than the heart.

Hope too is a vivid mark of who we Christians are because hope came into the world through Jesus.  We use the word often, its part of our Christian DNA we might say, but hope is quite hard to define. Recently I’ve been in India which as you know is predominantly Hindu. Hinduism very pervasively fills vast tracts of India with fate; a fatalist mentality; that your destiny is set from birth or even before. Hope and fate could not be more different. The opposite of hope is not despair; it’s fate or fatalism.

For we Christians fate is non-sense. The helpless Christ child born into poverty, exiled into Egypt, rejected by both the religious and civic authorities, is the saviour of the world, who brings, as the great prophet Isaiah foretold hundreds of years before, light where there is darkness, brings liberation to the oppressed, brings justice and integrity into governance .

Understandably many remain cynical. So many parts of our world are a mess. But is precisely there amidst the gloom where Christian hope shines forth like the Christmas light. Our Christian ways our lives show to humanity whether it be Islam or Hindu or consumptionist or Kardashian that the darkness of fate or corruption or narcissistic absorption-in-self can be overcome. That no matter what the circumstances hope is humanly possible and real and active because Christ is alive in us, transforming us, calling us to become the fullest, the most whole human persons, hearts and minds, possible.

The seminary where I trained to be a priest is in Rome; it’s an international College, with students coming from all over the world. One of the seminarians there in my time was called Joseph Tobji. He spoke Arabic, and French, and Italian and English. Tobji was born and bred in Syria. He’s now an Archbishop. One of the Archbishops of Aleppo. I can’t imagine what his Christmas will be like but I do know his presence in that theatre of horror which was once a bustling city of Christian and Muslim families will be a presence of hope.

Just two months ago Tobji was in Rome. He didn’t tell the media of his visit. But he met with Pope Francis and Cardinal Pietro Parolin also a wonderful man who is the Secretary of State. What do you say to the Pope when your people are being bombed and hunted and haunted every day and night? Any word would seem grossly inadequate. So Archbishop Joseph took a photo album with him, filled with pictures of children; photos given to him by those children’s friends because each of them were now dead. Tobji said by the third page Pope Francis was weeping, then he started to weep and then Cardinal Parolin too. That’s the heart at work. Three men crying not out of frustration or anger but out of the recognition that war and aggression and violence never have to be – that would be fate; hope and mercy are always possible if, in the words of our second reading tonight, we “have no ambition except to do good” and thus be “God’s very own people”.  What a bridge there is to be built between that weeping trio in Rome and the mutual backscratching of Mr Putin and Mr Trump.

Brothers and sisters tonight let’s give heartfelt thanks to God for our faith, let us resolves again to be his people, and let us rejoice in the goodness that exists in our world and renew our commitment to seek our God’s will for each and every one of us so that we will flourish, becoming not someone or something else but the best possible you enlightened and guided by the new born prince of peace. 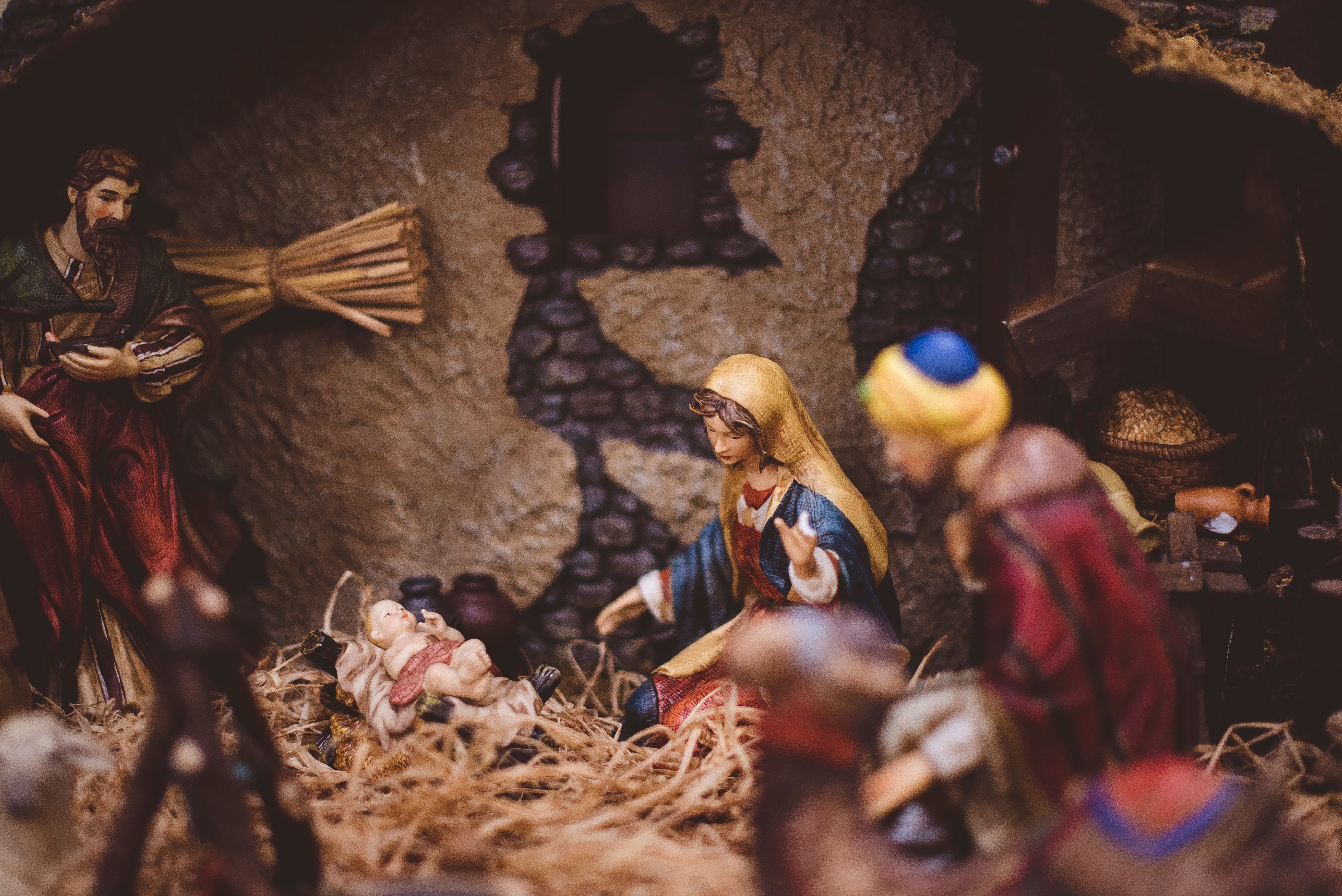